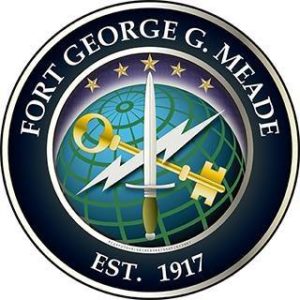 The senators included a number of successes for the federal workforce in the fiscal 2022 budget, which sets priorities and funds the federal government through the fiscal year. In addition to eliminating the threat of a government shutdown by passing this crucial funding legislation, key successes include:

Fort Meade: The Omnibus provides $81 million for the construction of barracks at Ft. Meade. The Congressional Delegation has made numerous visits to Ft. Meade to discuss the housing issues and their impact to military families and personnel. This funding will help to ensure that our military personnel have updated residences.

2.7 percent pay increase: Senators Cardin and Van Hollen supported President Biden’s FY22 budget request to provide a 2.7 percent pay increase for both civilian and military personnel that went into effect at the start of the 2022 calendar year. Both senators have been long-time advocates for civilian-military parity and they are determined to restore civilian-military equity that was eliminated under former President Trump.

Telework: The Omnibus also directs the Office of Personnel Management (OPM) to include “telework successes, best practices, and lessons learned during the COVID-19 pandemic,” as part of its annual telework report. A robust and well-designed telework option where feasible is a powerful recruitment and retention tool that maximizes productivity for the federal workforce.

Modernization: The Omnibus authorizes funds for an OPM Information Technology Working Capital Fund that will enable the agency to address longstanding IT challenges and undertake modernization efforts, including retirement processing. Senators Cardin and Van Hollen hear frequently from Marylanders about problems with retirement claims, which currently are entirely paper-based. It is an expensive and time-consuming endeavor that should be helped by investments from the capital funding.

Outsourcing: The Omnibus continues the moratorium on A-76 competitions that would unfairly contract out federal jobs.

National Institutes of Health: After a 2019 study found that a majority of the facilities on our nation’s preeminent medical research campus are in poor condition, the Maryland Congressional Delegation led a letter to Senate and House Appropriators in support of increasing funding to meet the $1.3 billion in NIH facilities needs on the Bethesda campus. The appropriations package provides $250 million for this purpose and requires the NIH to institute a plan to address future building and facilities issues. Since Fiscal Year 2020, Congress has provided $900 million for NIH campus building and facility needs.

Coast Guard Yard: The Coast Guard’s In-Service Vessel Sustainment program, which repairs and rehabilitates aging Coast Guard vessels, was fully funded at $87.75 million under this omnibus package. This will provide nearly $60 million in work to be completed by the Baltimore-based Coast Guard Yard employees.

FBI headquarters: This omnibus appropriations bill significantly advances the long-delayed FBI Headquarters project. The Omnibus requires the General Services Administration (GSA) to select one of three sites previously vetted by the GSA, including two in Prince George’s County as expeditiously as possible. After selecting a site, the GSA has 180 days to submit a plan to Congress for a new, consolidated headquarters in the National Capital Region. Working together with the Biden administration and the $1.2 billion in previously secured funding, we will restart this long-overdue project and urge full consideration of Prince George’s County as an ideal site for the consolidated FBI Headquarters.

GSA major repairs and alterations: The Omnibus provided $139.893 million for the General Service Administration’s (GSA’s) Major Repairs and Alterations account. This funds large renovations of federal facilities in Maryland, and will be used to support an additional $20 million to finish renovations at the Suitland Federal Center in Prince George’s County to accommodate the move of more than 1,900 Bureau of Labor Statistics staffers from Washington, D.C.

National Biodefense Analysis an Countermeasures Center: Led by Senators Cardin and Van Hollen, Team Maryland has been at the forefront of ensuring ongoing funding and support for the joint asset utilized by the Department of Homeland Security and the Federal Bureau of Investigation. NBACC is a unique lab that supports federal law enforcement investigations and identifies biological threats and has conducted groundbreaking research into the spread and mitigation of COVID-19. The package provides critical funding for the Fort Detrick-based NBACC.

Defense Health Facilities: The appropriations package includes $153 million for the further extension of the Walter Reed Medical Facility in Bethesda. This extension is much needed, as there is a higher demand for medical treatment facilities in the military. Walter Reed has provided exceptional medical care to our service members and their family. This extension will help to ensure that our service members and their families are treated in a modern-day medical facility.