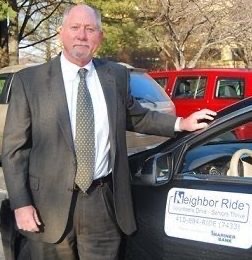 Meachum began his career in the Maryland attorney general’s office, then the Howard County Office of Law. He held other positions in private practice before joining Reese & Carney in 1996, where he practiced for the remainder of his legal career. He specialized in zoning and development law, general real estate, business law, employment law, estate administration and litigation and alcohol beverage licensing.

The Best Lawyers in America, the oldest peer-review publication in the legal profession, consistently recognized Meachum for business law, and The Daily Record named him a Leadership in Law honoree in 2014.

Meachum served on the Maryland State Bar Association’s board of governors, led the association’s Special Committee on Assignments and served on many other committees. He was a career-long member and past president of the Howard County Bar Association. He was a board member of the Pro Bono Resource Center, Maryland Volunteer Lawyer Service and the Frederick County Legal Aid Bureau, which provide legal assistance to those in need. He was a member of the Carroll and Frederick County bar associations

In addition, Meachum served on boards and committees for the Howard County Chamber of Commerce, Association of Community Services of Howard County, Boys & Girls Club of Westminster, Carroll Lutheran School and The Arc of Howard County, which named him Volunteer of the Year. He also volunteered with Neighbor Ride in Howard County.

A celebration of life for Meachum will be held on Saturday, March 26, at Crosswind Church at 640 Lucabaugh Mill Road in Westminster beginning with a visitation at 10 a.m. and service at 12:30 p.m., followed by a public reception.