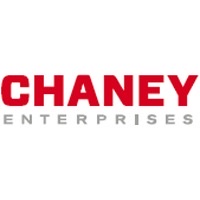 Gambrills-based Chaney Enterprises plans to expand its workforce in Anne Arundel County and provide a new apprenticeship program. The company anticipates adding more than 50 new jobs during the next few years.

At its January 2022 meeting, the Maryland Apprenticeship & Training Council approved Chaney’s new Registered Apprenticeship program. The program is for the occupation of concrete driver professional and includes 2,000 hours of on-the-job learning and 320 hours of related instruction during one year. Adopting the apprenticeship model will allow the company to upskill newly-hired drivers.

With its plans to add new jobs, the company has submitted a letter of intent to utilize the More Jobs for Marylanders program, as well as the state’s Job Creation Tax Credit, both administered by the Maryland Department of Commerce.

The More Jobs for Marylanders program incentivizes new and existing manufacturers to create new jobs in the state, and to non-manufacturers that locate or expand in Maryland Opportunity Zones. The More Jobs for Marylanders Act 3.0 (Senate Bill 391/House Bill 418) was recently introduced by Gov. Larry Hogan to extend the successful program for an additional five years through 2027.