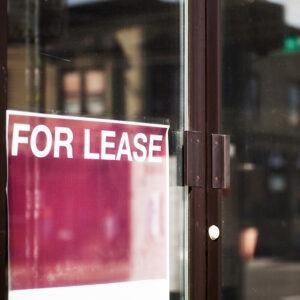 The leasing of just over 250,000 square feet of commercial office space helped offset reduced occupancy levels throughout the greater Howard County region in third quarter of 2021, with the overall vacancy rate remaining the same at 12.7 percent as fueled by a negative net absorption of nearly 2,000 square feet. The average rental rate rose from $25.56 to $26.05 per square foot, which continued a recent trend and just over 100,000 square feet of space is currently under construction.

The emergence of the Delta variant was the major factor causing companies to delay real estate decisions and keep organizations in a “wait and see” status, according to the latest market report released by Lee & Associates | Maryland.

“Uncertainty is the bane of organizations making long-term business decisions and signing long-term commercial office leases were largely put on hold as groups tracked the direction of COVID-19,” stated Bill Harrison, senior vice president, Lee & Associates | Maryland. “This was a national phenomenon rather than a local trend, as the target Labor Day date for a return to the traditional office was extended to the beginning of 2022. Real estate developers and investors wholeheartedly agree that the third quarter activity represented a minor setback and fundamentals remain strong in Howard County for an upcoming rebound.”

Significant lease transactions included the Ascension Saint Agnes lease for 63,000 square feet of space at 6740 Alexander Bell Drive; an 11,000-square-foot lease signed by Interclypse at 10170 Junction Drive and the 10,000-square-foot DigiFlight lease at 7021 Columbia Gateway Drive. Second quarter leasing figures were buoyed by the delivery and occupancy of a 263,000-square-foot building at The Johns Hopkins Applied Physics Laboratory.

Investment sales activity was nearly $12 million on the strength of seven transactions highlighted by the $7.8 million sale of 10010 Junction Drive by Emory Hill Real Estate; the acquisition of 7226 Lee Deforest Drive by Belagan for nearly $1.2 million; and Premier Management’s purchase of 8894 Stanford Boulevard for just over $1 million.

“The amount of space being offered for sublease has decreased, the medical and technology industries continue to make commitments in Columbia, and we are tracking additional Downtown companies interested in establishing satellite offices in the suburbs to accommodate its employees. Last quarter was a period of treading water and we expect the next wave of office leasing to hit quickly,” said Will McCullough, senior vice president, Lee & Associates | Maryland.