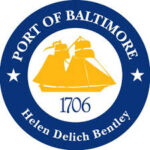 The Maryland Department of Transportation Maryland Port Administration (MPA) has been awarded $1.6 million in the most recent round of the Federal Emergency Management Agency’s (FEMA) Port Security Grant Program. The funding will go towards solidifying cybersecurity and access control policies and initiatives at the Helen Delich Bentley Port of Baltimore’s state-owned, public marine terminals.

Since 2005, the Port of Baltimore’s public terminals have received more than $20 million in the Port Security Grant Program. Over that period, the Port has significantly enhanced its security program by upgrading access control procedures, installing physical security fixtures such as high-mast lighting and fencing, and strengthening closed-circuit television.

For 12 consecutive years, the Port’s public marine terminals have received a top rating on an annual security assessment conducted by the U.S. Coast Guard.

“We thank FEMA for this grant and for helping make the Port of Baltimore a stronger and more secure seaport,” said MDOT MPA Executive Director William Doyle. “We will continue to aggressively go after federal port security grants that will protect the thousands of men and women who work at the Port of Baltimore and protect the tens of millions of tons of cargo that we handle annually.”