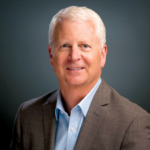 Long-time tech executive and entrepreneur Chuck Bubeck is an adept builder, especially since he just sold a Managed Cloud Services Provider, Columbia-based EaseTech, that he and colleagues built from the ground (of his basement) up, then created numerous spinoffs. After that success, he could
have retired but instead he’s now running the Maryland Innovation Center to build a bigger regional powerhouse.

Why did you sell EaseTech?

The company needed to move into another phase of growth. I’d become more deeply involved in the local technology community and this leadership opportunity with the Howard County Economic Development Authority (HCEDA) became available. The timing is perfect due to pent-up demand of the region’s businesses, the need to lower silos and to get various professionals to interact and embrace innovation.

How did you start your career?

My family moved here in 1969 and I grew up in Columbia. In the late ‘70s, I started working at one of the first computer stores. I then started my first company at age 25, Columbia Micro Systems with none of the business resources available today. Then in 1983, Apple hired me as a systems engineer right as the Mac was being introduced.

In 1993, I started EaseTech in my Columbia basement. After a couple of years, we moved to the Merrill Lynch building in Downtown Columbia. That’s when we started creating software for Alex. Brown & Sons after working for them on trading floors. We also worked in the legal industry when we created document management systems for large firms. It was called StarLaw, which we also spun off into various subsidiaries. We later got very involved in cloud computing at EaseTech, which eventually grew to more than 50 employees.

What made you want to continue in the local tech community?

I grew up in Columbia when it was a smaller place and I liked that community approach. It was the same thing at Apple during the Mac vs. PC days. Apple was the underdog and it created a mission. I want to bridge people together again in that community fashion.

What do you tell innovators when they hit roadblocks?

It’s important to talk to others who have been there. That’s part of what our innovation center is about. We’ve got other entrepreneurs here to offer assistance as well as representatives from SCORE, The Kaufman Institute and state commerce represemtatives who are here to offer support. That option wasn’t available when I started EaseTech; we were just winging it.

EaseTech sold spinoff products to more than 100 investment banks. Can you create similar success at the Innovation Center?

With startups, you must identify the problem before you come up with a solution. In other words, many people get an idea for a solution who don’t really understand the problem. That sounds simple but finding real solutions is harder.

What was the genesis of your organization’s name?

We’re using the term innovation in our name because the word “technology” can be exclusive to some. On that note, you’ll soon see a rebranding of our organization and we will lose some acronyms. We want to pitch a big canvas tent and are talking to other organizations around the region to create a strong innovation community that isn’t bound by geography or specialty.

Is there a certain product area you’ll focus on?

No. Our goal is to look at innovation as a topic that does not have a vertical foundation. It doesn’t have to have an app or be about coding. Innovation can be a process, a sensor that records ship pollutants or a smart sprinkler that saves water.

What is available to innovators in Maryland?

We have world class educational offerings and workforces as well as proximity to the federal government that provides extra synergy. The diversity of our region is part of that, especially in Columbia. The only thing Silicon Valley has over us is a funny TV show on HBO.

How will you collaborate with the regional business community?

Share with them that we want to tear down the moss-covered silos and that we are not competing for members. The way to bring them in is to share connections and offer ourselves as a regional hub and as innovators for the region, state and beyond. We don’t want any borders or over protection of member communities.

What will the Innovation Center do differently?

We want to stress that while cyber is a key component of the local innovation mix, there are numerous other areas that are just as important, such as health tech, artificial intelligence, agri-technology and many others. We don’t have to be identified by a single tech vertical. Cybersecurity is a horizontal sector as much as it is a vertical, as it’s integral in any innovation.

What is your greatest challenge?

Fighting through the tough times. For instance, when I founded EaseTech none of us got a paycheck for more than a year and I remember chasing the mailman for a check more than once. It got to the point where I had a wife, three young kids and Labrador retriever, plus close to 10 people working out of my basement. That meant it was time to get an office. It all ended well but my wife who supported me chasing my dreams. It’s all worked out better than expected so far.

What is your greatest success?

Working with some of the brightest and dedicated people. While at Apple, I was surrounded by some of the most incredible talent who were accelerated by the culture. I took those concepts and instincts into my other startups and made sure I always surrounded myself with people at the top of their game, many smarter than me, who always worked even better as a team.

This Q&A was originally published in our January 2020 issue, http://online.fliphtml5.com/byfyt/oeur/#p=1.