During the COVID-19 pandemic, like everyone else, I’ve been forced to self-isolate. My first step into the public arena came at the Lakefront on Tuesday evening where I saw a multi-generational, multi-racial, multi-ethnic swarm of citizens uniting their voices to call for change. How proud I am to live in Howard County.

Over the past week, we’ve been forced to reflect on Ahmaud Arbery, George Floyd and Christian Cooper and how what happened to each of them may speak to each of us.

As we process those situations, and the national and international reaction thereto, it may be helpful to reflect on our individual perspectives of the American experience. What should we have learned from American history in general, and our personal family stories in particular?

America has a certain consistency with how it treats newcomers who are viewed as different. In the 1840’s the Irish were viewed as poor and disease-ridden, who threatened to take jobs away from Americans and strain welfare budgets. In the 1850’s the Chinese coming to the West Coast to build the railroads were viewed not only as an inferior race but also as an undesirable population.

The newly arriving Italians in the late 1800’s came to America to work in America’s factories and were viewed as prone to criminality, while the waves of Jewish immigrants during that same time were viewed as intent on controlling business and financial markets. Pick the ethnic slur and at some place on the American continent it was used against each of these new arrivals. And how many of us, including me, may absorb some of those vestiges of unconscious bias as we look at others who are “different” today?

But what is it about the uniqueness of being Black?

How many students of Italian, Irish, German, English, Scottish or Polish heritage attended the Howard County public schools together during the late 19th and early 20th centuries? No matter how recent their date of arrival, what they ate at home, what religion they practiced, what their parents did for a living or what language their parents or grandparents may have spoken . . . they were allowed to participate in the basic elements of American society. Certainly by the beginning of the 20th century each was allowed to drink out of a public water fountain, to seek treatment in a local hospital, to attend the local public school and to sit anywhere on a bus or train. Even though it may have been socially unacceptable, it wasn’t illegal for them to inter-marry. Most of their descendants have forgotten, or have probably never personally experienced, what it’s like to be “the other.”

I can trace my family heritage in this country back to the late 1700’s and my family has lived, worked and helped to build this country. Yet throughout my life I have viscerally known what it’s like to be “the other.” In my youth I experienced having to stay in “colored” boarding houses while traveling, not getting served in restaurants, to burying family members in the “Colored” cemetery across the road from the “Whites Only” cemetery. I lived through lightning fast White flight after moving into a predominantly White neighborhood and the resulting rapid re-segregation of the local schools from all White to all Black. I know the look in my father’s eyes as he stopped our car along the side of the road to relieve himself because we weren’t allowed to enter any of the roadside stores or establishments to use their facilities.

I know the anger of my male friends who were stopped by law enforcement for even driving through predominantly White neighborhoods or followed in stores as though they were a theft threat. I felt my husband’s rage as he was repeatedly passed by for something so mundane as trying, on numerous occasions, to hail a cab in NYC. And that’s nothing compared to the well-documented inequities in the criminal justice system or even the higher morbidity rates of COVID-19 in minority communities.

To drive from Point A to Point B or jogging or watching birds in a park or hailing a cab while being of Irish, Scottish, Jewish, Asian, Polish or Italian ancestry today isn’t viewed as threatening. Can you imagine Amy Cooper calling the NYC police to say “there’s a man of Irish heritage threatening me in Central Park?” What imagery would that have evoked? 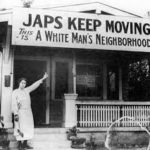 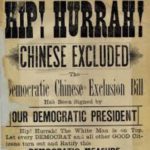 What does that perceived “uniqueness” do to those who perpetuate it, and what does it do to those who are victimized by it? At what point does rage and frustration turn into acts of protest and then sometimes property destruction or violence? What did it take for those early Anglo-Saxon males to get to the point where they destroyed property they had not purchased, on ships they did not own, in both Boston and Annapolis Harbors during the late 1700’s as a protest against British policies viewed as unfair? Not life threatening policies . . . just unfair policies.

Having moved to Howard County to work at The Rouse Company I was fortunate to have my first experience with truly integrated living right here in Columbia. I have found it a wonderful place to work and raise a family, and I’ll forever be appreciative of having the opportunity to serve as President & CEO of the Community Foundation of Howard County. But we don’t really live in a bubble and our children, right here in Howard County, are not immune from the unconscious bias of their friends and teachers or the messages they hear from TV, the movies, from social media or from some of our elected leaders. Or even what they may sometimes hear from us.

As has often been said . . . this is another teachable moment! Now is the time for us to engage with each other to learn about our different perspectives as part of this American story and to find new ways to address inequities before the next “teachable moment” is upon us.

Below are a few things we each can do with neighbors, friends and family to learn and move forward during 2020’s “Teachable Moment.”

1) Have a history sharing conversation with a few friends or neighbors about your respective family experiences living in America such as the following:

· Did you ever feel that you were “the other”?

· How often have you been in an office environment where you were the only person in the room of your gender or race? How did that feel?

· What stories did your grandparents tell you about their lives as new Americans and feelings of “otherness” they may have felt?

· If you are old enough to remember the days of segregation, what did you do to address it? If not, why not?

· Have you ever attended a religious service different from the one in which you were raised? Wedding? Funeral? Coming of age celebration? How different was it really?

2) Have a conversation with a few friends or neighbors about the events of the past few months and ask questions such as the following:

· What conversations have you had with your children, minority males in particular, about how to respond when stopped by law enforcement?

· What were your initial reactions when you heard the news coverage about Ahmaud Arbery, George Floyd and Christian Cooper?

· What skills and qualities do we want in our local and national leaders when such “teachable moments” present themselves?

· What changes do we need to address right here in Howard County to fulfill the vision of its founders?

· In light of this “teachable moment,” what do we now

think about Colin Kaepernick’s actions when he tried to raise awareness and spur action by silently kneeling to bring attention to how minorities are treated by the criminal justice system?