It came as quite a shock to the business community when Democrat Steuart Pittman and his campaign for Anne Arundel County executive highly critical of unmanaged growth and overdevelopment won the day over incumbent Steve Schuh.

Pittman wanted to reassure them in a Nov. 14 interview with The Business Monthly.

“I know they’re nervous about me and I think the message that I want to convey is that I’m here to listen and learn first from them,” Pittman said.

Noting the needs of development in the county, the new county executive added, “I have met with developers individually and in groups and learned a lot from them. I will certainly try to create that level playing field that they’re all looking for and a fair set of rules that they can live by.”

Pittman, 57, may have started his career as a community organizer in Chicago, but he has spent decades running the family’s 550-acre thoroughbred horse farm in South County where he grew up.
As president of the Maryland Horse Council, he doubled revenues and tripled the number of members.

In 2010, he founded the nonprofit Retired Racehorse Project, which promotes “a market based approach to solving a problem that other people thought was a charity problem,” Pittman said

“It was making it possible for people to make money retraining and reselling [horses] for second careers using incentives … And that’s why it worked.”

He pointed out that “making agriculture commercially viable in this county is one of our priorities in our 2009 general development plan because it’s the most efficient way to keep and maintain open space. It’s a whole lot cheaper to have farmers making money than it is to go buy land with taxpayers’ dollars to preserve it, you know.” 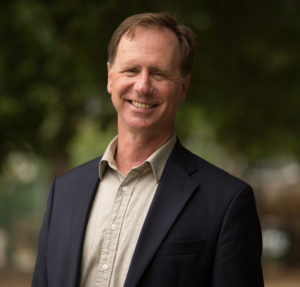 Overall, Pittman says his focus on development and growth is “not in anti-business sentiment. I think I’ve been clear that I’m very pro-business and I don’t believe in regulations that don’t have a public benefit. And I fought against regulation as a farmer and won and feel strongly about those issues.”

He felt from the start of the campaign last December that the issues of growth, traffic, and infrastructure, including school crowding, were winning themes. “We had to give them a message, something to vote for when we didn’t have that at the top of the ticket,” Pittman said, referring to Ben Jealous, the Democratic nominee for governor.

“There was a sense that development interests had too much power in our county government,” he said. He was wants to ban political contributions from developers, but he also believes that those contributions resulted from a desire to influence county decisions that were neither fair nor predictable.

A major task as he takes over county government is finishing the general development plan next year. As part of his campaign, he held a series of 16 “Communities First Forums” to listen to concerns from communities that had produced planning documents years ago. The meetings attracted almost 700 residents.

Those community recommendations will be used to revise the general development plan, he said.

“We’ll circle back to them. We won’t have time to do a two year process that they had back in the early 2000s,” Pittman said. “But we do have the technology to be able to do a lot of listening and get a lot of input in each of those communities with online surveys … We’ll be doing a lot of that. It’s a tool that didn’t exist 20 years ago.”

“It was even more clear in the meetings than the reports that that so many things are linked to growth,” Pittman said.

He concedes that on the general development plan Schuh’s “direction wasn’t all that different from mine” based on what the incumbent said in the campaign, but “people believed I was consistent on the issue.”

He plans to use technology to make the county government more transparent so that everyone could get more information about permits, plans and many activities of county government. That’s one of the reasons he hired Ben Birge as the new county administrative officer, an Odenton resident who has run the CountyStat program in Prince George’s County.

He already hired a chief of staff, Jennifer Purcell, who he worked with as executive director at the Horse Council and he expects to make other changes in department heads after he sits down with them.

“Some will change and some will stay,” Pittman said. Asked if there are any departments that he’s particularly unhappy with, he answered “Yes,” laughing, “but I’m not ready to say which ones.”

Based on reading reports of his community dialogues, Pittman faces a daunting task.

“It makes it a difficult county to govern,” Pittman admits. “No question about it. And you know people don’t want development and they don’t want to pay taxes, so I have to come up with revenue from somewhere. But I think that’s changing somewhat.”

He thinks Schuh’s no tax increase pledge was “not a winning message.”

“The fact that I did not sign his pledge did not hurt me at all,” Pittman said. “The polls showed clearly that people want teachers to get paid more and they know that costs money. They want services. At this point they want infrastructure badly.”

He added, “Every year we have a participatory budgeting process where we bring people together and we say, ‘OK here’s our revenue, here’s our projected expenses. What are we going to do to balance it? And what are our priorities going to be?’

“So, people care about public safety and education and they care about the environment – so we’ll see where that takes us.”