Skip to content
Thanks to a healthy economy and strong consumer confidence, there’s gold on the 2018 holiday retail horizon: the National Retail Federation expects sales in November and December (excluding automobiles, gasoline and restaurants) to rise from between 4.3% to 4.8% from 2017, for a total of $717.45 billion to $720.89 billion. That compares to the average annual increase was 3.9% during the past five years. 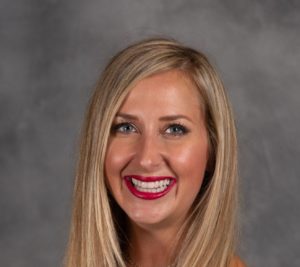 Cailey Locklair Tolle, president of the Maryland Retailers Association (MDRA), discussed with The Business Monthly what consumers will see at the end of the year and beyond.

What were your thoughts after the 2017 holiday retail season?

In the last two years, more consumers shopped online than at brick-and-mortar (B&M) locations. That was alarming since we’ve been hearing a “doom and gloom” forecast about B&M. However, brick and mortar is not dead and many B&M categories are booming.
Also, look at what Amazon has been investing in – B&M, and it has a location in College Park. So, there will always be a place for B&M. I believe we will reach a point where online sales even out.

What do you expect this season?

It’s been a good year in retail, especially given the incredible third quarter that saw retailers, large and small, post rising profits. More items than ever are being sold, so we know that consumers are spending. Overall, I’m expecting impressive returns.

How much is bought online?

The latest figure I have from Forbes, which is from earlier this year, is about 10 percent of total sales, so that’s up from about 8 percent a year or two ago. Everyone blames this supposed move to online shopping on millennials, but Retail Dive recently stated that two-thirds of them shop at least weekly at B&M locations.

Among investors, centers with large anchor stores are still popular. What’s your take?

It goes back to the model that works: when people can shop at big spaces with different types of stores, like the Annapolis Harbor Center and The Mall in Columbia, they’re inviting because consumers can shop, eat and take in a movie in one stop.

What’s the future of the department store concept?

They’re figuring out what they want to be as the market evolves. That has to do with the flattening out of online sales. They still have much to offer. Macy’s is a perfect example of the evolving future, because it offers so many options. However, shoppers also want something to hunt and be surprised. People shop wondering what they’ll find.

Aside from ecommerce, what other retail changes are happening?

The current focus is, “How can we pull business away from online?” We have partnerships with 36 Maryland Main Streets, which are historic retail areas where people have experiences that include music, tastings, sunny days, long walks. Many developers are building outdoor plazas, such as Annapolis Towne Centre and Waugh Chapel Towne Center.
More consumers want experiences. The Maryland Tourism Board has posted videos on YouTube about how to experience Maryland.

What are your thoughts about Amazon in Northern Virginia?

It is disappointing from the perspective of B&M companies (which employ 750,000 Marylanders, according to MDRA), because none of them have ever been offered a huge tax package like Amazon. When you divide the tax incentive by employees at the company, that’s not how you leverage money. There are areas in Maryland that are desperate for access to groceries, fruits and vegetables, yet the state made an enormous offer to a huge corporation.

What are your thoughts about the Sears bankruptcy?

This change has been coming for some time. Stores close for numerous reasons, not just because of online competition, but also due to minimum wage hikes and benefit increases; and, despite the longevity of Sears, there’s no money tree retailers have access to.
Retail is highly competitive. In the case of Sears, there are many companies that sell similar merchandise. When there are so many options for consumers – more than we’ve even seen – change happens.

Where do you see reinvention?

Artificial Intelligence (or AI) is affecting trends. A recent study from Oxford University, of London, revealed how 50 percent of jobs in U.S. are at risk of being eliminated due to automation. For example, Amazon has a store in Seattle where customers order on an app and customers stop by and pick up their orders, with no human involvement.
It alarms me when progressives push this type of approach without understanding the economic repercussions. Also, bear in mind that many shoppers want an experience that includes interaction with other people. Policymakers need to understand that while the economy is cyclical, policy has an immense impact on what happens.

The minimum wage, as well as other labor issues such as restrictive scheduling, which concerns setting up employee schedules weeks in advance.